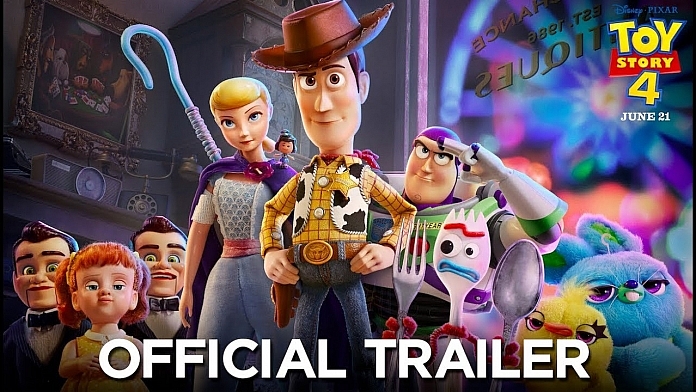 Disney's Pixar dropped the new Toy Story 4 trailer bringing back memories of our favourite characters and with the introduction of Forky, seems like the spotlight is going to be taken away from Woody and gang. However, what has set Twitter alight are the theories and jokes about Andy's transforming face.

Did Pixar forget what Andy looks like? #ToyStory4 pic.twitter.com/JVzoLHwPVP

Apparently, everybody's mad they redesigned Andy for #ToyStory4 meanwhile I'm grateful we don't have to look at this golem anymore. pic.twitter.com/vZ0HAyCZMT

Guys. Stop trying to sound smart by saying that this is purely an "upgrade" because of better tech in 2019. Andy looked like himself in Toy Story 3 so this is just an unnecessary redesign. I'm actually a little sad cuz I have nostalgic feelings for Andy's design. That is not Andy

Andy be looking fresh 24 years later… can we get a skin care routine ? #ToyStory4 pic.twitter.com/JHeQ1I8mWT

Andy from Toy Story will go down in history as the youngest child on Earth to go through intense facial reconstruction surgery 4 times. #ToyStory4 pic.twitter.com/AlUKDAHn8e

Its probably in the future. Its Andy's son!

My #ToyStory4 guess;
This is Andy's son, we see a time jump of some sort and Andy's kid gets the original toys. pic.twitter.com/0xkgADd6Lr

This is not Andys son, in TS3 andy had a ton of posters on his wall and in this shot you can see one of andys old posters, why would he put up an old poster? also take note of the red desk lamp that knocked buzz out of the window right next to it #ToyStory4 pic.twitter.com/D0UYNSgXeZ

Check out the full trailer below.